All types and size Stirling Engines

Hello,
I need some help getting my first stirling engine to run. The displacer is made out of cotton cosmetic pads. As it is quite heavy (about 10g), I added a counterweight (magnets) onto the flywheel. I have also checked for air leaks and couldn't find any major ones. When I disconnect the displacer and power piston, and spin the flywheel, it stops after about 9 seconds. In addition, I added ice on top of the engine to increase the temperature difference. Furthermore, I tried the following troubleshpoting tips: http://www.stirlingbuilder.com/troubleshooting-tips but none of them seem to get the engine running. However, I feel like the engine is easier to spin up by hand, when it is heated from the bottom and cooled from the top. Maybe the included images can help solve the problem. 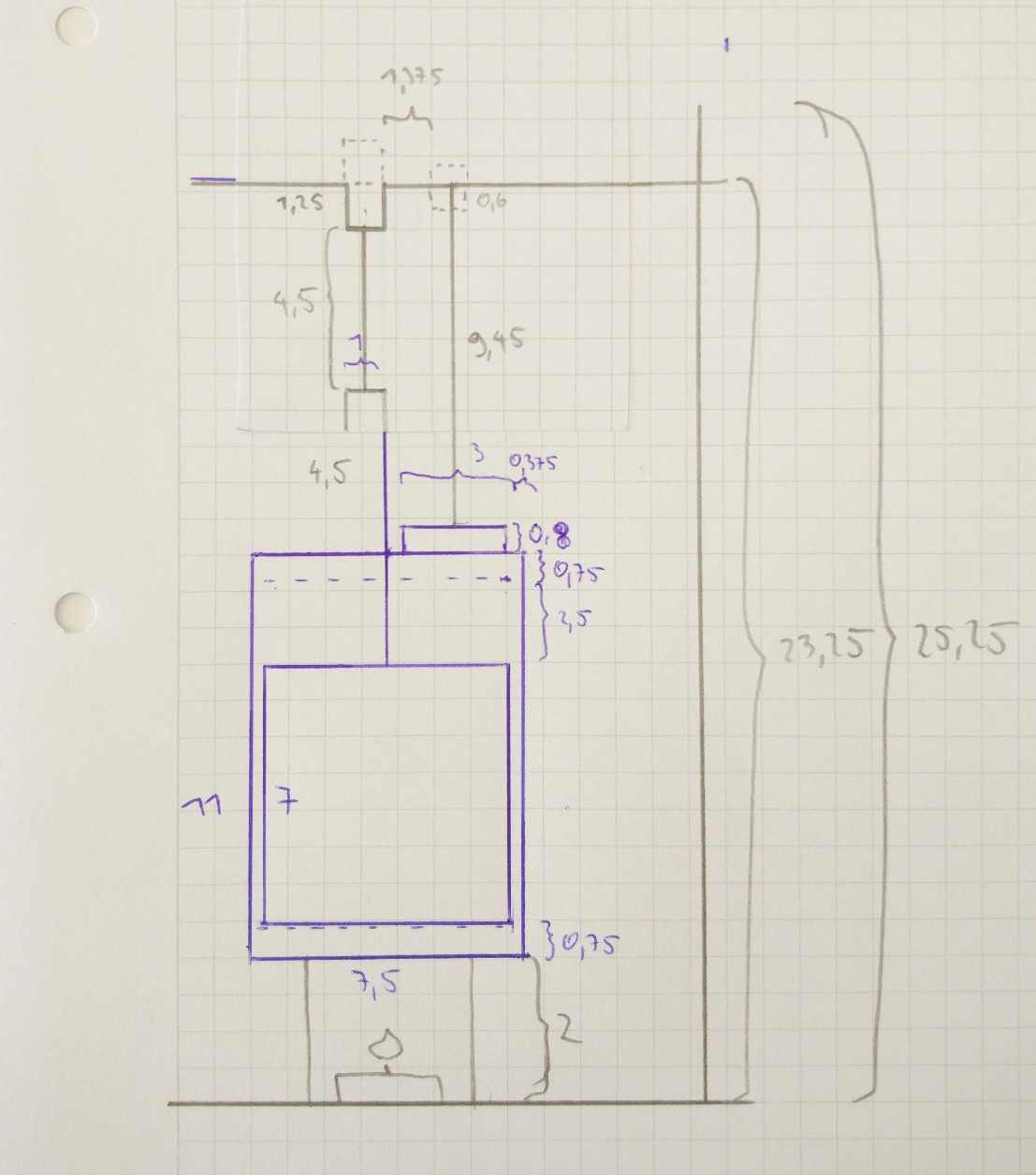 First thing I see is the main bearings, or lack of. The crankshaft appears to be just using the ?wood as the bearing, and one of the most important things with Stirling Engines is reducing friction to the absolute minimum. One way to do it would be to get some tin (from a tin can, get a bit of steel like a nail the same diameter as the crank shaft and knock it through the tin, make sure that the crankshaft fits the hole freely. Open out the hole in the wood and fit the new bearing over the hole. Don't drill the hole, this would make the surface too small and it would soon start to wear the shaft.
Next, find a suitable sized tin can to make the displacer from The top needs to be sealed, solder would be good, but epoxy glue could stick a lid on the can. Drill, or poke a hole in the centre of the top and bottom of the displacer, and pass the displacer wire through, bend it over at right angles at the bottom, seal both holes with solder.
You might need a heavier fly wheel, you just need to glue some weights around the disc near the rim, don't over do it.
See how you get on, I don't normally make tin can motors although I have done, and I respect anyone who builds one and gets it going. If you look at the top of the index page you will find plans for a tin can motor by Boydhouse the forum host.

Thank you for your quick and very detailed reply, Ian! I've tried making the top of the displacer more air tight as you said. However, I'd like as many parts of the engine to be removable in case I need to change something. So instead of using solder, I tried reducing the air leak by sticking fingers of rubber gloves at the contact point where the displacer and the displacer top meet and applying some pressure onto the cylinder top (I know this sounds quite like a ghetto solution but it at least "feels" more air tight).
Then, I did some testing: I disconnected the crankshaft and heated the engine from the bottom and cooled it from the top. I waited a few seconds and noticed a quite substantial temperature differential when I touched the walls of the displacer cylinder at the top and the bottom. So far so good. However, when I move the displacer up and down manually (by hand), the diaphragm of the power piston doesn't move at all. Does that mean there is still too much air leaking? 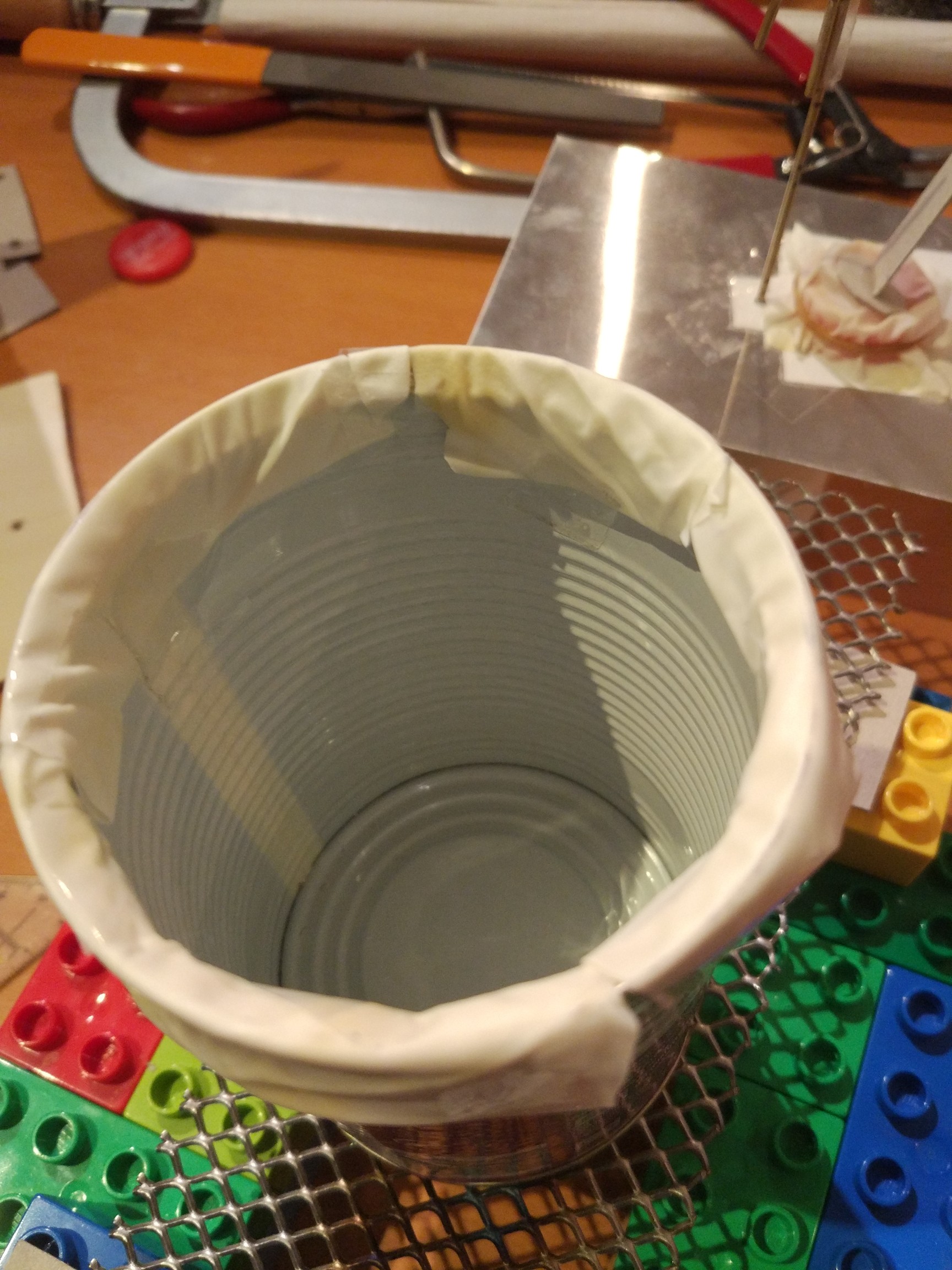 I suspect that it may be to do with the diaphragm, I'v not had much to do with these, I recommend that you go to the top of the index page of this forum, and read through the thread on making a simple Stirling Engine, this has a bit in there that tells you how to make an epoxy piston that could replace the diaphragm.
Ian S C
Top

Having had a short break of frustration, I finally continued working on the engine.

Then I did some testing: I put two candles under the engine and two bottle caps filled with ice on top of it without connecting the crankshaft. Moving the displacer up and down by hand, I could finally see the power piston slightly moving as well! However, it doesn't move as far as it needs to spin the crankshaft. I took a video of the procedure which you can see here:

So in the coming days, I'll need to do the following:
Build a crankshaft with a smaller power stroke
Fruther tighten the diaphragm to reduce the amount of loose fabric being moved
Eliminate the leak between the displacer rod and the displacer head

It looks like there is still some work ahead, but I feel very confident and motivated now as I've already seen small signs of success and I can count on your support. Thank you! 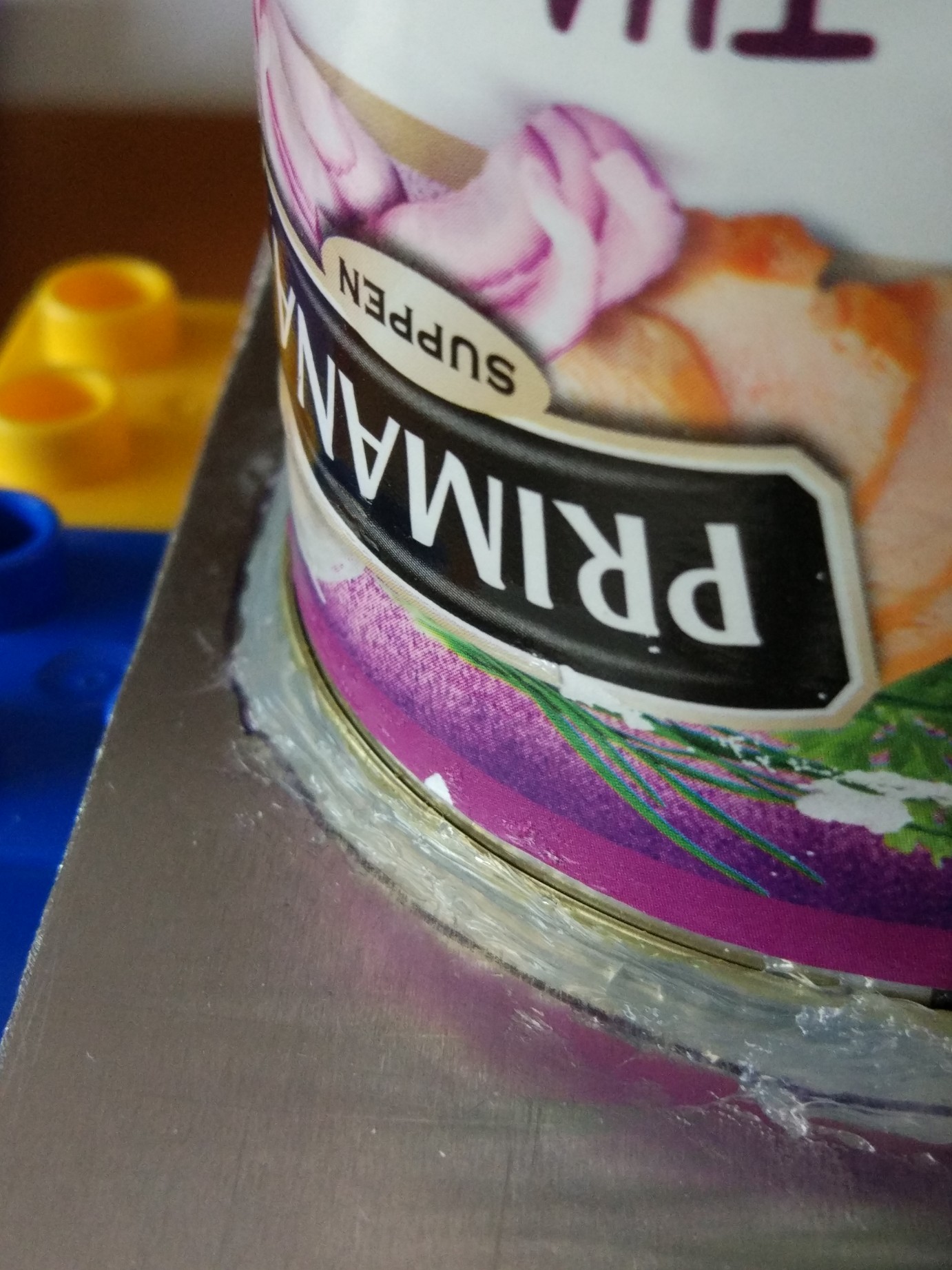 I might be wrong, but wouldn't large cylinders help creating a bigger temperature differetial as the top and bottom are further apart? Also, I think the bigger amount of air in the displacer enables bigger pressure differentials. So I don't see why large cylinders should be a problem, but as I've said I migh be overlooking something...
Top

Ian S C wrote: ↑
Thu Mar 21, 2019 1:57 am
I suspect that it may be to do with the diaphragm, I'v not had much to do with these, I recommend that you go to the top of the index page of this forum, and read through the thread on making a simple Stirling Engine, this has a bit in there that tells you how to make an epoxy piston that could replace the diaphragm.
Ian S C

I think I am going to keep the diaphragm as I've seen other people having had succes using them and I am making progress as well. However, if nothing else helps, I'm going to try that. Thanks for your suggestion, Ian!
Top

I have good news: My stirling engine finally runs! What I did was replacing the diaphragm which was made out of the palm of a rubber glove with a finger of a rubber glove. This effectively reduces the movable area of the diaphragm and therefore increases the forces acting up and down. Beyond, I replaced the displacer rod seal with a piece of cardboard which I then sealed with silicone as the solution I had before didn't seem to be doing its job very well.

When I tested this without connecting it to the crankshaft and moving the displacer by hand, I immediately noticed the powerpiston moving much quicker and stronger although the candles have only been burning for a few seconds. Then I connected both cylinders to the crankshaft, gave it a little push and it just continued spinning by it self! It ran pretty roughly, but seing the engine moving using its own force was quite an amazing experience. You can see it running here:

At this point, I want to thank you Ian and Johnwick88 for your suggestions, which really helped me in the process of creating my first stirling engine and getting it running.

The next step is probably upgrading the flywheel to stop it from wobbling around and make the engine run smoother. I'm also planning to make another engine of the exact same type and connect both to one crankshaft so I have two cylinder engine producing more power.

Do you maybe have any further ideas to improve the engine?
Top

Pretty cool when the wheels start turning on something you built your self. Try a heavier flywheel, you might get a bit more power, on my tin can motor I used 4 old CDs.
Ian S C
Top

This was a good idea. I replaced the cardboard flywheel with a bigger and more rigid one which had more space to put magnets on. However, instead of CDs, I used a plastic lid as the structure of its edge prevets the magnets from flying off at high speeds. And as you can see the engine runs a lot smoother now: